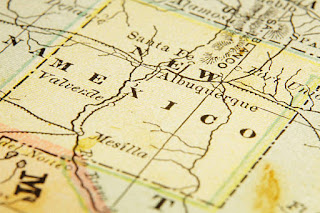 Low-Hi RV Ranch is a charming, no frills, Passport America affiliated oasis located in southwestern New Mexico just off Interstate 10. We stayed here once before on a 2017 trip to southern California on which our son, Aaron had joined up with us in San Antonio, Texas. I also made a reservation here during a subsequent transcontinental voyage but cancelled. I think we had decided to continue a little further down the road.

There's really nothing of great historical or cultural significance about Deming, New Mexico, but the weather was nice and Google told us there were a couple of things in the area worth checking out so we decided to make camp for four days. The $18 nightly Passport America rate made the idea of an extended stay even more appealing.

We always like to check out the Old Town areas of places we visit, especially these little southwestern towns. Sometimes it's a disappointment, but more often than not there are interesting things to see and do. The architecture and ambience of these little burgs has always appealed to both Suzanne and me. Our last visit here was just an overnighter and we didn't make it into town. This four day respite provided more than enough time for exploration.

Some photos of Old Town Deming... 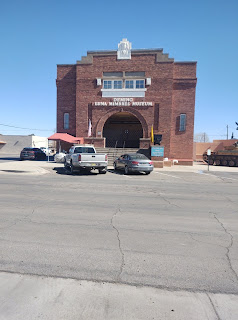 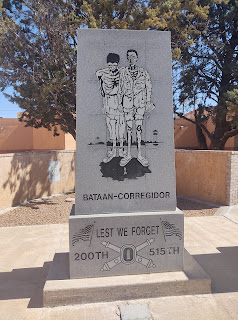 Deming lost more than its fair share of soldiers during the Bataan Death March
In a museum display case... 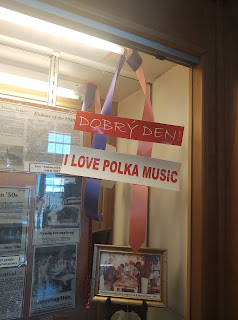 Who doesn't?!
The Courthouse was the site of the controversial trials (read about it here) of the Villistas, Pancho Villa's men who fought the Americans in the 1914 Columbus raid... 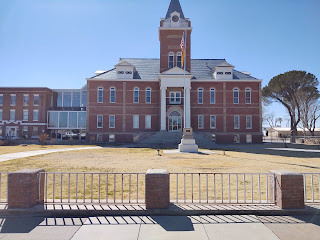 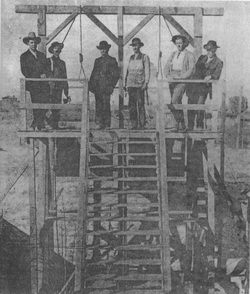 We spent a couple hours at the Deming Luna Mimbres Museum. It was really a fascinating place to visit - three floors of everything from archeological artifacts to antique fire engines. On our way out I bought Suzanne a pair of silver/turquoise earrings in the gift shop, and these... 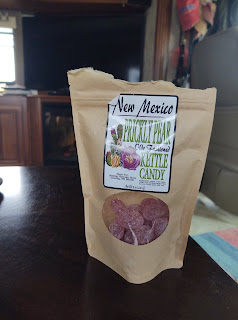 We drove out to Rockhound State Park one morning to do some hiking but were turned away at the gate. No hiking in New Mexico State Parks for non-residents. You can shop at their retail establishments but when it comes to exploring their wide open spaces... uh uh, sorry.
******
After leaving Deming our next stop was Van Horn, Texas where we've stayed a couple times in the past. There's not a whole lot to see or do in this sleepy little Texas town but it's a convenient spot to overnight and fuel up. There are 4 or 5 RV parks along Broadway, its main thoroughfare, several auto repair facilities and a well stocked grocery store. It's one of those towns, like Tucumcari, NM, that was a going concern until the interstate passed them by. Long since closed motels and vacant store fronts are reminders of what used to be.
We stayed at Mountain View RV Park, a different park than on our two previous visits.
Views from the park... 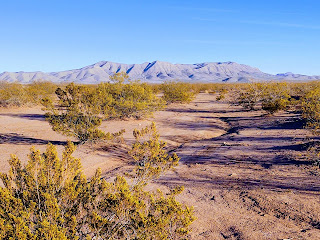 Before leaving Van Horn we backtracked a couple miles to the west end of town in order to fuel up at Sam's Truck Stop where Diesel fuel was a relatively cheap $2.69 a gallon.
******
Abilene, Texas would be our next destination - where we stayed at the Whistle Stop RV Resort.  A very nice park that, were it not for the 20 mpg wind gusts, would have been a great place to try out our recently purchased pickleball set. 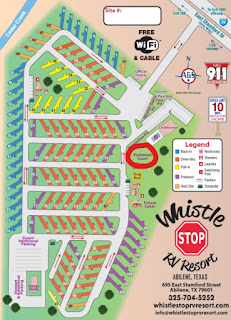 Oh well...
Wednesday was a fun day - beginning with a visit to Frontier Texas a very cool interactive museum with fascinating exhibits, 3D presentations and the like. And because we were the only ones there we didn't have to wear our masks! One of the more memorable pieces was a stage coach built by Twentieth Century Fox for the Paul Newman movie, Hombre. It was subsequently used for several other movies and TV shows including Bram Stoker's Dracula. 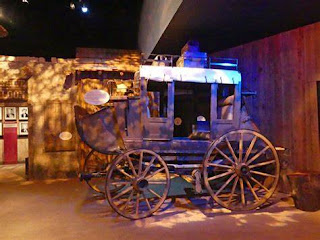 After leaving Frontier Texas we took the 15 mile drive out to Fort Phantom Hill, the remains of a Civil War era frontier Army post. Fascinating stuff... 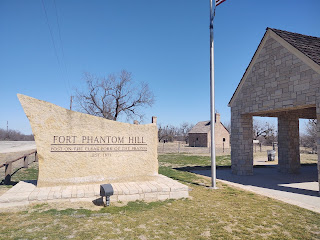 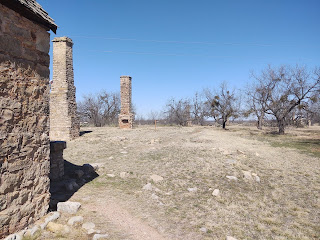 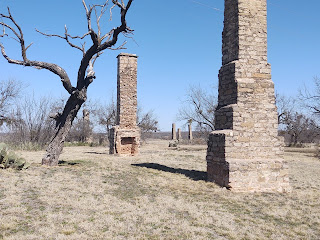 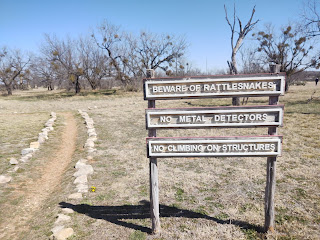 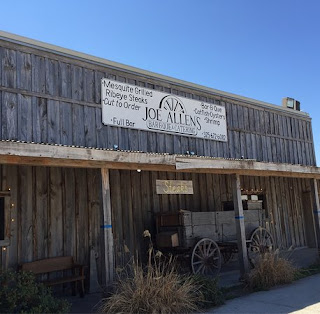 Brisket!
******
The Weather Channel had us leaving Abilene with the expectation of a rainy travel day. As it turned out, the rain held off until just after our arrival at Fernwood RV Park in Longview, Texas - and that was just a drizzle. We did get some significant rain overnight last night and distant thunder audible enough so that I had to pop a chill pill down Travis' throat.
Oh, and on a sad note, as we were motoring east on Interstate 20 yesterday a big deer came bounding down a hillside to our right and shot across the road about 30 yards in front of  me. He made it safely across the eastbound lanes and the 30 foot grassy median strip but ran smack dab into a westbound semi. It was one of the most disturbing things I've ever witnessed. Suzanne and I didn't speak much for the next half hour or so.  I guess it could have been worse. We could have been the ones to hit him - or someone on a motorcycle.
******
We rolled into Longview around 3 o'clock yesterday afternoon and, as soon as I finish composing this blog, are about to go exploring.
First on the list... more barbeque!!
Thanks for checking out the blog!