Suzanne and I met in 1976 and married in 1979. This photo was taken sometime in the interim. I think this was the one and only time we ever camped together in a tent. We spent a few days one summer camping on Cape Cod (we lived in central Massachusetts). 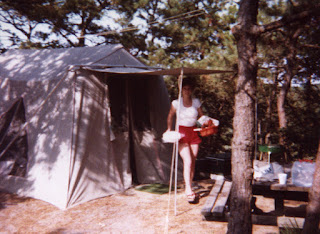 Growing up I spent many weekends and summer vacations in my parent's pop-up "Skamper" camping trailer. Sometime around 1990, Suzanne and I decided to carry that tradition forward and bought a used Rockwood pop-up. Our two kids were ages 4 and 7 at the time and we all have lots of great memories of time spent traveling throughout New England and later, Northern California in our little Rockwood. 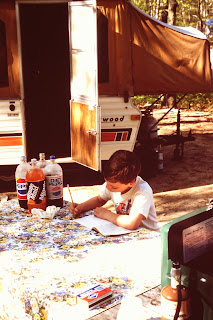 Aaron and his journal 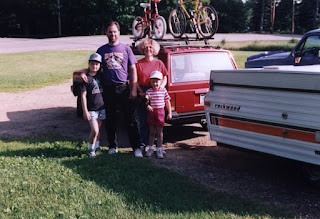 Heading for "The Cape" 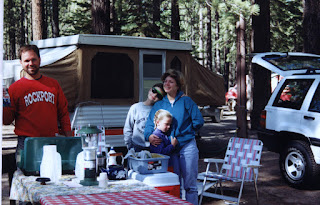 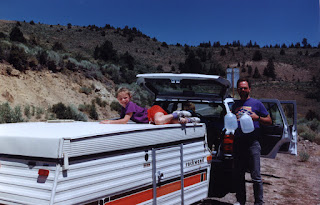 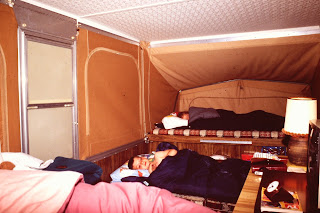 We traded up to a used travel trailer around '93 and immediately headed out from our home in Napa, California for a two week vacation in the Black Hills of South Dakota and Wyoming. We ended up moving back east to New Jersey in 1996... camping our way there and arriving well ahead of the moving van. 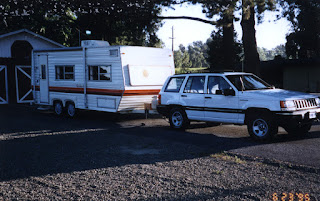 Hooked up and ready to go 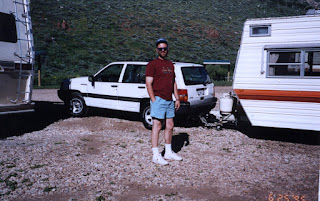 No grey in the beard! 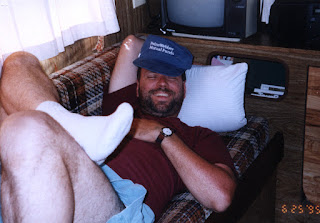 It's the good life 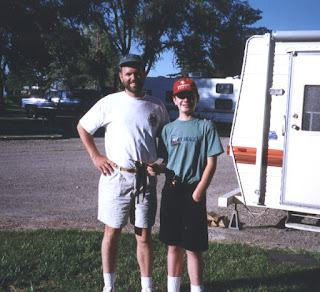 I guess it was sometime around 1998 when we bought our first brand new trailer! The kids were getting older but we still had a couple of years before they'd decide it was no longer cool to camp with us. 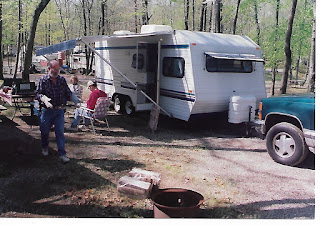 My mom and dad continued camping throughout most of their lives and we did quite a bit of camping with them - meeting up at campgrounds in the New England / Upstate NY area and even a few long distance vacations. That's my dad in the foreground.

In 2005 we bought an Outback 5th wheel and a Ford F250 King Ranch (I loved that truck) to pull it. We took my mom and dad on a 4 week trip as far west as Wyoming and up into Canada for the return trip home. We had a great time and the extra room in the 5th wheel made it comfortable for everyone.
This photo was taken on a subsequent trip Suzanne and I took to Southern California in 2007. 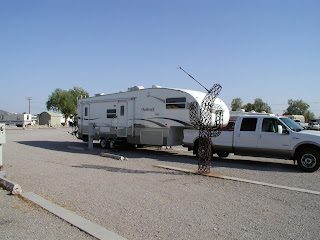 We bought our first coach in 2014 - a Fleetwood Discovery 39J. Having lived in Northern Virginia since early 2011, we love spending time in the Shenandoah Valley. We've spent many weekends in the Luray and New Market areas and enjoy exploring what we consider to be one of the most beautiful places in the country. We took several long distance trips in the Discovery including vacations in Key West, a north-eastern loop through Buffalo and Canton, OH. and a trip to Palm Springs, Ca. last Spring. 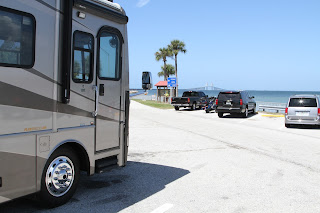 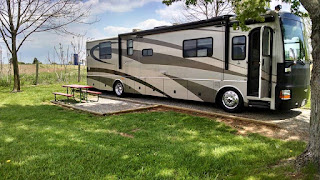 We traded the Discovery for our 2011 Winnebago Tour 42qd in April of 2016 and have logged many weekend miles to the Shenandoah, trips to New England and even a 2 month sojourn to Lake Tahoe via Glacier National Park this past Summer... and we look forward to many more adventures On Tour!